Newcastle offers a wealth of entertainment and activities, from galleries and museum to theatre and music venues, restaurants and pubs all within walking distance of each other.  Shop ’til you drop in the city, grab a bargain from famous Grainger market or the Sunday Quayside Market.

Fancy exploring a little further? There is even more to do right on the doorstep, from rugged countryside to fabulous beaches, historic market town and intriguing attractions.

Beamish Museum
A world-famous, open-air museum telling the story of life in the North East during the 1820s, 1900s and 1940s. Take a tram ride back to explore The Town, Pit Village, Pockerley Old Hall and Waggonway, and the 1940s Farm, all in the living museum’s 350 acres of beautiful countryside. Visit homes, shops and other fascinating buildings. Meet costumed folk bringing history to life. Visitors can even try fish and chips from a coal-fired fish and chip shop!

Durham Castle & Cathedral
Depart Newcastle and travel to Durham via the Angel of the North. Arrive at Durham Cathedral and use free time to explore the Cathedral with a guide on hand to answer any questions, then step out into Durham city for a walk through the cobbled streets or along the river. Durham is a captivating medieval city with winding streets and a prominent peninsula which is crowned with the dramatic Durham Castle and Cathedral UNESCO World Heritage Site.

Victoria Tunnel
The Victoria Tunnel runs beneath the city from the Town Moor to the Tyne. Built in 1842 to transport coal from Leazes Main Colliery to riverside staithes (jetties) ready for loading onto ships. In 1939, it was converted into an air-raid shelter to protect hundreds of Newcastle citizens during World War II. On a two-hour tour you will experience the sounds of a wartime air raid and follow guides underground to discover the tunnel’s role as a colliery waggonway.

City Guides Walking Tour
Have you ever wondered about the history of Tyneside? How did your favourite buildings come to be? How have our public spaces changed? What was life like in days gone by? Newcastle City Guides are a group of trained and qualified volunteers and our programme of Heritage Walks will take you exploring Newcastle & Gateshead uncovering the fascinating history and hidden stories of the area.

Holy Island
The Holy Island of Lindisfarne is a must-visit, this unique island a mile off the mainland in the North Sea is cut off twice a day by fast, incoming tides. Holy Island is linked to the mainland by a long causeway. Tide times and heights can be accurately predicted from the phases of the Moon. Severe weather can produce offsets, particularly with strong winds from the North and Northeast. The causeway crossing times are forecasted ‘safe’ crossing times. Nevertheless, travellers should remain vigilant if crossing near the extremeties. 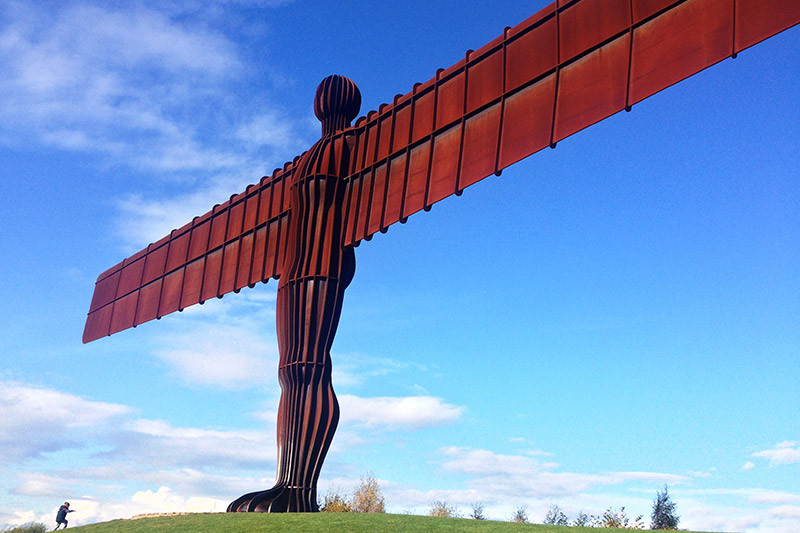 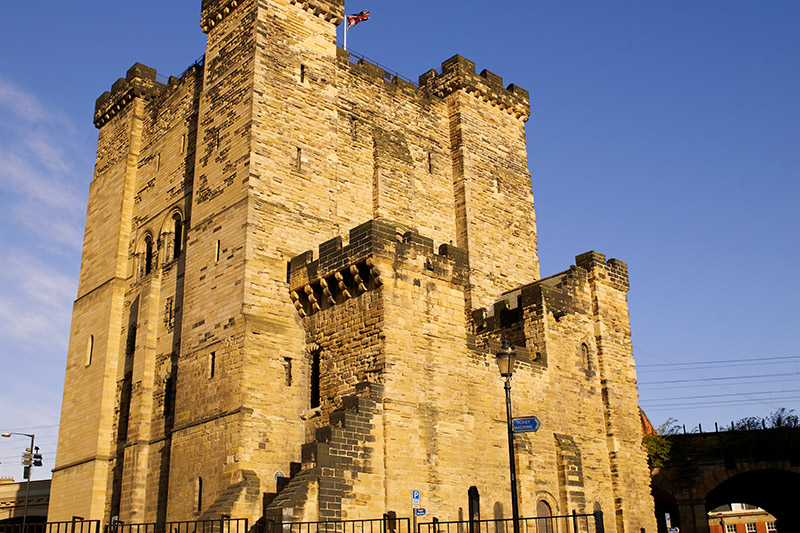 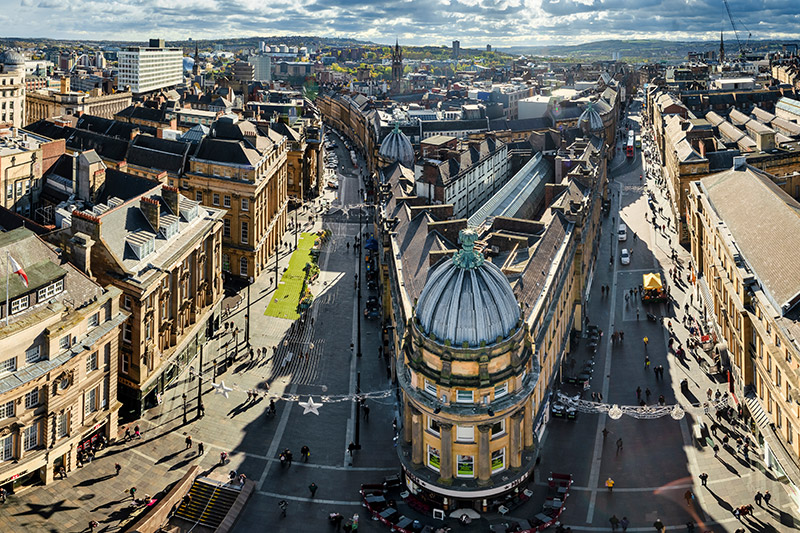 Getting Around
Voted “the easiest city to get around in England” by the readers of Conde Nast’s Traveller magazine, Newcastle Gateshead’s compact city centre and range of travel options make it the perfect destination for our delegates.

Local Transport Network – The Metro
Nexus operate the Tyne and Wear Metro, a light rail system with 60 stations which are all well publicised throughout the city and surrounding areas. Trains run up to every 10 minutes from 5am to midnight!

Our Metro system also connects directly to the airport terminal with a journey time of just 25 minutes to the city centre. This direct service runs every ten minutes transporting up to 1,800 passengers per hour. The cost of a taxi from the airport to central Newcastle is £15 or the Metro to central Newcastle is £3.60, guest can walk to any hotel from a metro stop within around 5 minutes.

QuayLink Buses
QuayLink buses offer a low-emission, high-frequency, accessible and easy-to-use service, and are the best way to get around central Newcastle Gateshead. Routes connect the attractions and sights of Newcastle Quayside and Gateshead Quays with Newcastle Central Station, Haymarket Bus Station and Gateshead Interchange.

By Train
Almost 200 trains arrive into Newcastle upon Tyne every day from across the UK. Over 40 of which are direct from London Kings Cross in under three hours.

By Car
The A1(M) passes through Newcastle Gateshead making us easily accessible for delegates driving from the south of England, Scotland or the West Coast. 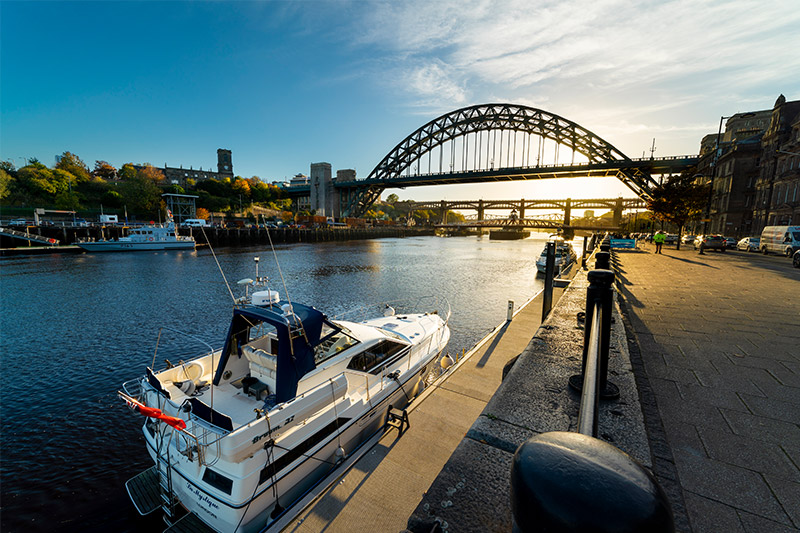 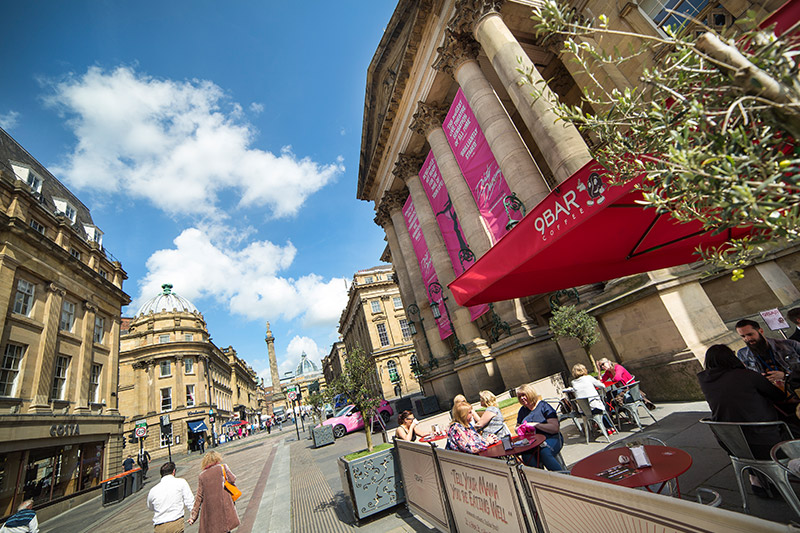 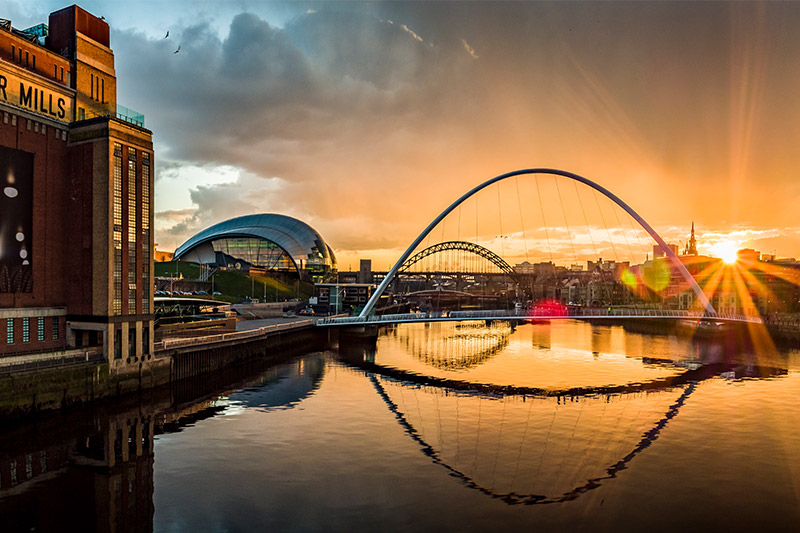 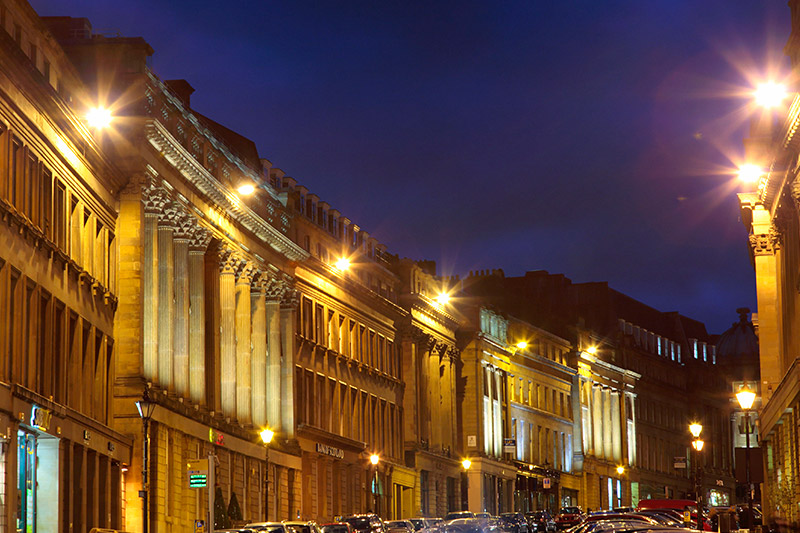